Five Tips for Making a Video That Doesn’t Suck

In the Age of the Internet, video is king. When was the last time you just had to check out that “viral essay” everyone was reading? Never. But a viral video? You’ve seen hundreds of them by now. If you want to reach a broad audience, a video is the best way to do it.

Here are five tips to make sure that your video has viral potential. 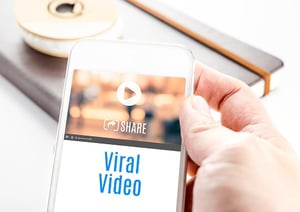 It’s the most important part of storytelling—don’t be so busy sharing details and side points that you lose your message. Instead, make sure that the information in your video is coherent and easy to follow. Don’t throw out a stream of unrelated ideas. Tell a story with a clear beginning, middle, and end. People will know what you’re talking about and won’t get lost along the way.

Unless they’ve already shown significant interest, an audience generally doesn’t want to watch a long video on a specific topic right off the bat. For that reason, keep your video under two minutes. Anything longer becomes intimidating. If people click your video and see a timer that goes out to 14 minutes, they’ll hit “stop” and go right back to browsing pictures of cats.

You can’t give people an information dump in video form. You have to give them something more interesting than that. The best way to do this is to approach your video outline from the audience’s viewpoint. What are they interested in? What are their problems? How can you solve them? Speak to these issues and you’ll be on the right track. Ignore them and your video might as well be a PowerPoint.

When your video begins, get to the point quickly (within 3 or 4 lines). Don’t expect the audience to sit through a long set up and history of your topic. They won’t. Instead, offer them something interesting right away. This is your best opportunity to get people to watching your video all the way through.

Remember, your video is about your audience. If they feel like you’re giving them the “hard sell,” they’ll tune out. Speak to their issues and invite them to learn more, reach out, or take action at the end. Don’t demand that they open their wallets right away, or they’ll go on the defensive.

It really all comes down to one core piece of advice: put the audience first. Do that, and your video will go far. 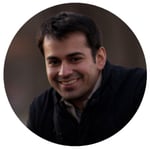 Rohan Narang is a New York based animator who specializes in creating engaging Explainer Videos for start-ups & small businesses. You can take a look at some of his videos on his company’s website, pushcollaborative.com.